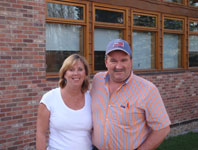 Ritchie Bros. auctions run like a well-oiled machine. They are so efficient, everyone knows their specific role and works hard to do it well.

Dean and Vicki Gordon sold their farm in Lacombe, Alberta with Ritchie Bros. in April 2011—the auction attracted close to 900 bidders from across Canada and even overseas. The Gordon's have been Ritchie Bros. customers since 1978—selling with the Company three times. Through the years they have grown to depend on Ritchie Bros.' full-service auctions, global marketing and professional, courteous customer service. 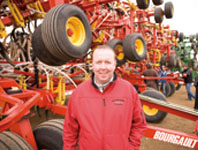 A buyer coming to a Ritchie Bros. auction knows that every piece of equipment is going to sell, regardless. They know that everything is lien-searched and there are no bid-ins or buy backs. It's clean and tidy for the buyers, and it's a done deal for the sellers. It's a true blue auction. 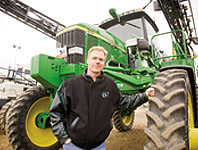 The most important thing is finding what you need at the price you're willing to pay. That's why I like unreserved auctions.

Dean Stockman grew up on a farm in Saskatchewan, but it wasn't until he took over the farm from his father that he started buying equipment from agricultural auctions. When Dean wanted to sell a single sprayer, he chose the local service and global reach of a Ritchie Bros. auction. 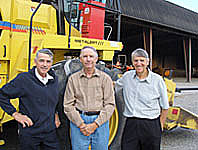 Ritchie Bros. has the expertise to handle every aspect of the sale – from the advertising to the auction itself – and they get you broad exposure with their advertising.

Over the past 45 years, Robert, David and James Cooke have built Jemstar Farms into one of the premier cattle farming operations in Ontario, Canada. Now looking to retire, the Cooke brothers have chosen Ritchie Bros. to help them make this transition - with an unreserved auction in March 2009. 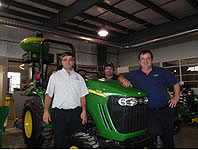 Ritchie Bros. is so organized. Once I told them what we wanted, they took care of everything.

In 1964, the Podolinsky family opened a John Deere dealership in Petrolia, Ontario to sell and service equipment for their neighboring farmers. In 1985, they started hosting a mini-trade fair at their dealership. Now in its 23rd year, Farmer Information Days features exhibits, seminars – and an unreserved Ritchie Bros. auction.